"When Netflix delivered its movies by mail, the cost of delivery was included in the price their customer paid.  It would’ve been neither right nor legal for Netflix to demand a customer’s neighbors pay the cost of delivering his movie.  Yet that’s effectively what Mr. Hastings is demanding here [...]"

Right, I think I'm getting what you're saying.  You're saying that AT&T Internet should be free to the consumer, because network traffic is like physical mail, and the sender already paid the postage network fees to make sure the packets got delivered, so there's no need to bill the recipient too.  Is that right?

Okay, I guess I could go for that.  It might cut down on my spam at least.

Wow, this was an epic April Fools troll.  (Apparently most of the people arguing were in on the joke, but they really made it look real, if you ask me.)

Related
Absolute scale corrupts absolutely (2019)
An epic treatise on scheduling, bug tracking, and triage (2017)
Unrelated
"It’s no coincidence that the careers of turnaround CEOs are (2017)

"Of course certain services need to be treated differently because of their technical requirements — ISP-provided IPTV is the classic example — but net neutrality advocates say such things should be managed and delivered through a separate channel that can’t be confused with the normal “internet” that consumers consume, such as standard web video." 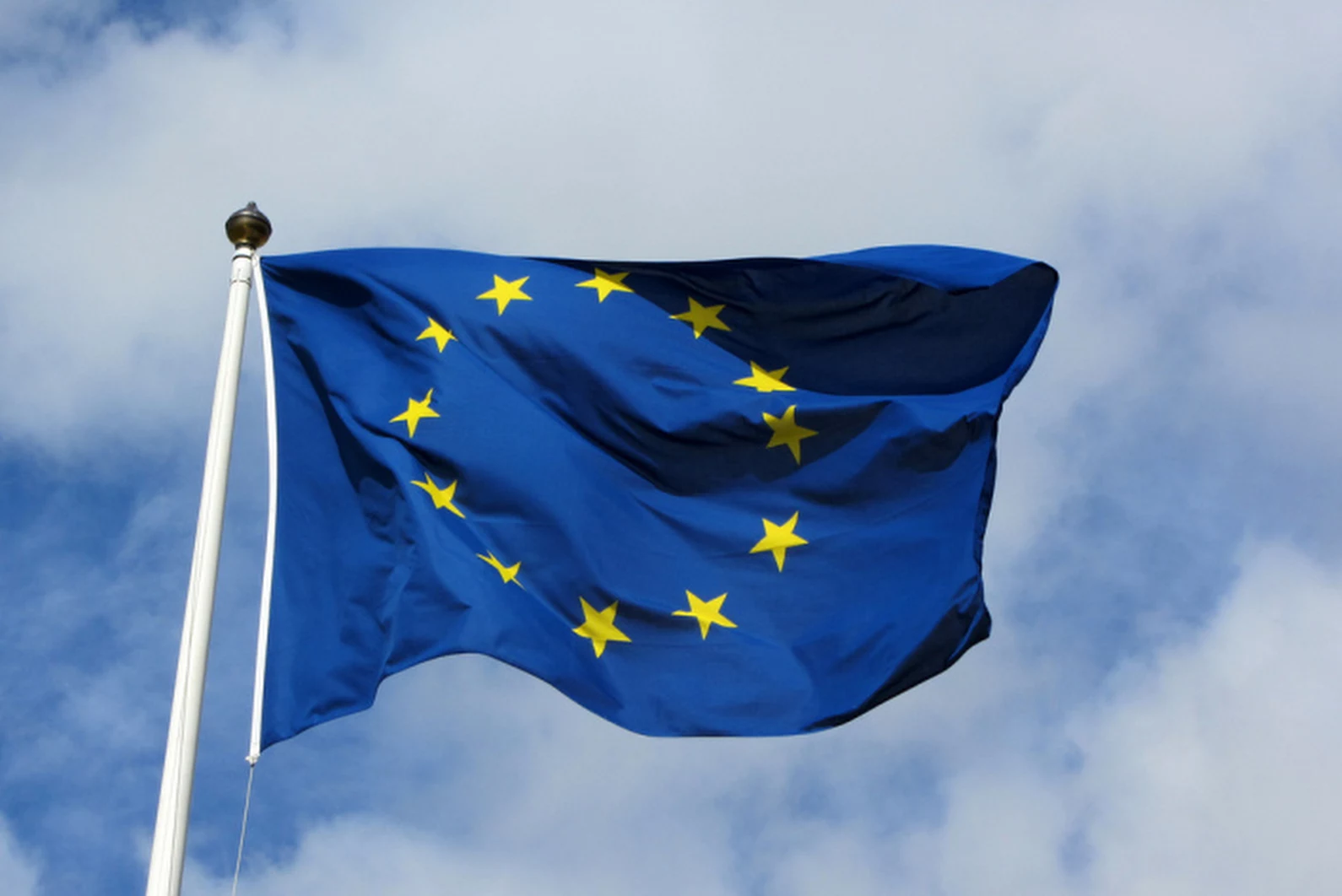 (Follow the "in reply to" link for the motivation.  I'm gonna have to agree with Linus on that one, systemd is officially nuts, for this and other reasons.)

Sometimes the Internet is awesome.

There's something strangely comforting in the fact that 10 Gbit/sec PCIe ethernet cards still have support for a 64k "expansion rom."

In the 16-bit machines expansion roms were intended to run in, this card could fill up the entire addressable 640k of RAM in 0.5 milliseconds.

One of the coolest expositions I've ever seen was at the Ontario Science Center in Toronto a few years ago.  Off in a corner there was this demonstration - an accurate scale model - of how planetary orbits work in our solar system, assuming a geocentric model.  Next to it was the same thing assuming a sun-centric model.  (It was, of course, much simpler.)

The mind-blowing part, at least to me, was... they were both correct.  Relativity.  There is no center to any of it, but math and gravity work the same no matter which point you decide to rotate it all around.

After having my mind blown, the next best part was a wall of comment cards from the prior showing of this expo, several years before.  Those comment cards were so very angry.  People complaining that geocentrism had been debunked for centuries, how could you do this in a so-called science center, children might actually be misled into believing this nonsense, etc.

I loved that they posted those comment cards up there, and that they never explicitly said what they were obviously thinking: these people who are so insistent that geocentrism is wrong are just as dumb as the people who rejected Galileo's rebuttal of it so long ago.  Someone told them this is how the universe works, and they blindly accept it, not bothering to think, even with the evidence right in front of them.  They don't actually understand what's going on, and reject an updated model (relativity) without even knowing why.

Related
Content-Centric Networking (CCN) as an alternative to IP (2012)
An epic treatise on scheduling, bug tracking, and triage (2017)
Unrelated
Why bitcoin will fail (2011)

The most boggling part of XML DTD retrieval for me (which was what was used in this attack, it I understand correctly) is that you don't even need the DTD in order to parse XML.  XML's syntax is so regular that you don't need the schema to get a parse tree.  Nevertheless, XML parsers go off retrieving stuff anyway, just in case.  Some XML parsers don't bother to cache it by default, either, so you're continually reparsing a small local xml file from your disk and it's fetching a giant DTD repeatedly from the web.

And people use this stuff on purpose.  I don't get it. 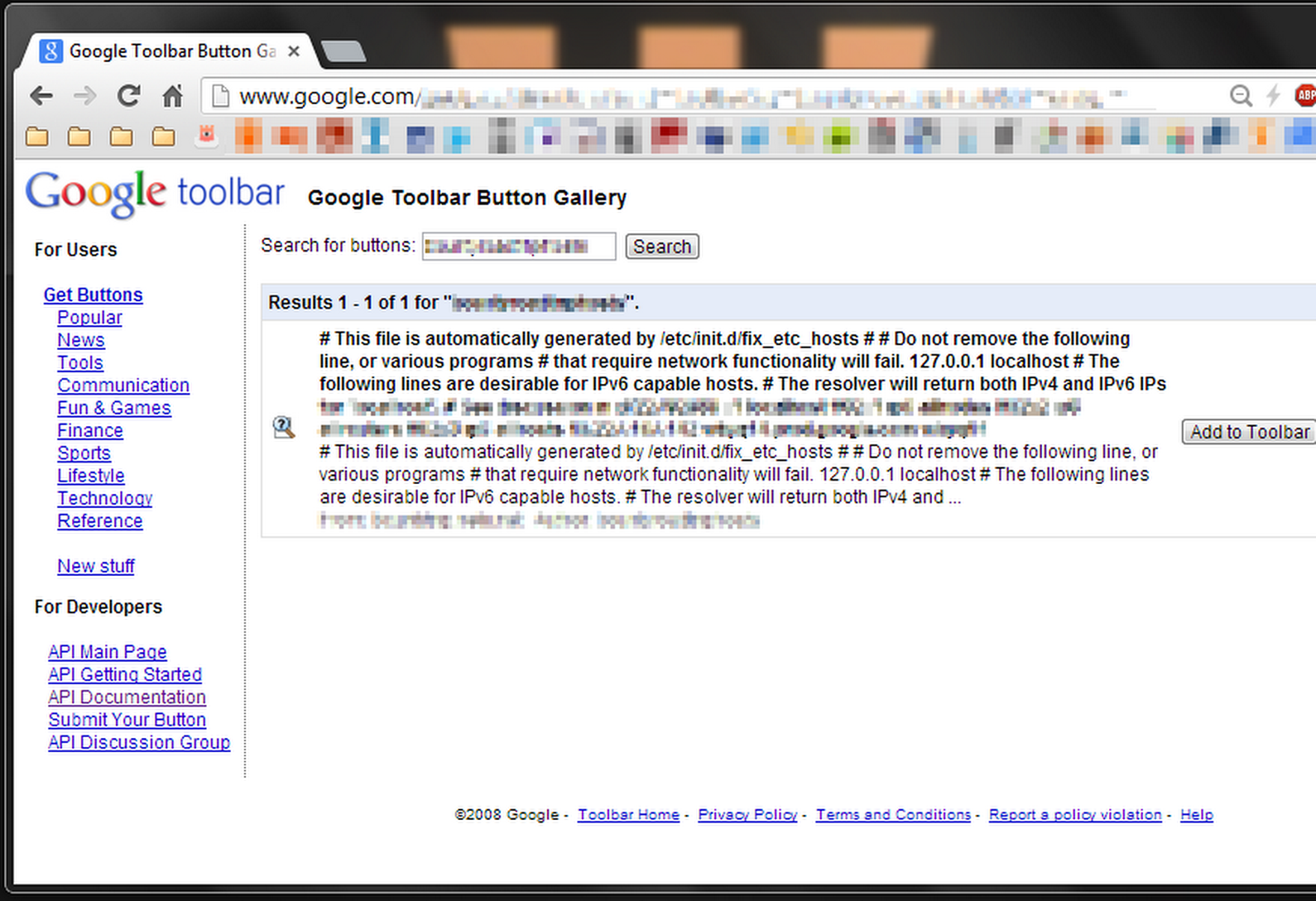 Related
XML, blockchains, and the strange shapes of progress (2018)
Apparently, nobody writes tokenizers like this (2009)
Unrelated
AMSE Part 3: The (lack of) menu bar (2007)

Some weekend reading.  I really enjoyed this one about lessons from 20 years of the L4 microkernel.  (Before I read this I couldn't have told you anything about L4 vs Mach vs any other microkernel, but it was readable despite that.  If I was writing super-low-level device firmware, this design sounds like something I'd appreciate.  The way user processes "donate" memory to make room for kernel objects seems really clever.)

So, last night's bedtime reading material was about NaCl.  No, the other NaCl, the crypto API:

Their API has three main public functions: generate keypair, encrypt-and-sign, and verify-then-decrypt.  It's pretty fast, uses a seemingly-good variant of elliptic curve, doesn't require memory allocations in the encryption/decryption path, is safe from pesky timing attacks, and works fine with streaming (TCP) as well as lossy (UDP) communications.  It seems to also be nearly 100% impossible to use incorrectly.

The problem with all this talk about "impostor syndrome" and its opposite is that it puts too much emphasis on how smart you are, and not enough emphasis on whether you got the right answer.

If it makes you feel better, I'd be happy to accept the right answer even from an impostor.

For anybody still wondering if using a different 802.11ac chipset and/or basing our OS on OpenWRT would have solved all our wifi problems...

(And yes, it's another one of those "Update on" headlines that never seem to be good news.)

Related
Why I Never Hire Brilliant Men (2008)
Wifi: "beamforming" only begins to describe it (2014)
Unrelated
I've been travelling in Canada and wondered why my phone's data plan (2017)

"Brown said Google insisted the cities charge them something, saying the company doesn’t want to receive a benefit other carriers wouldn’t receive."

"The researchers measured blood levels of certain proteins associated with brain injuries such as concussions and found protein levels were 20% higher in those who pulled all-nighters..."

Well sure.  That's because after a concussion, your brain needs to heal.  This demonstrates the healing power of working all night.

You're welcome.  Any time you need some more science, you know who to ask. 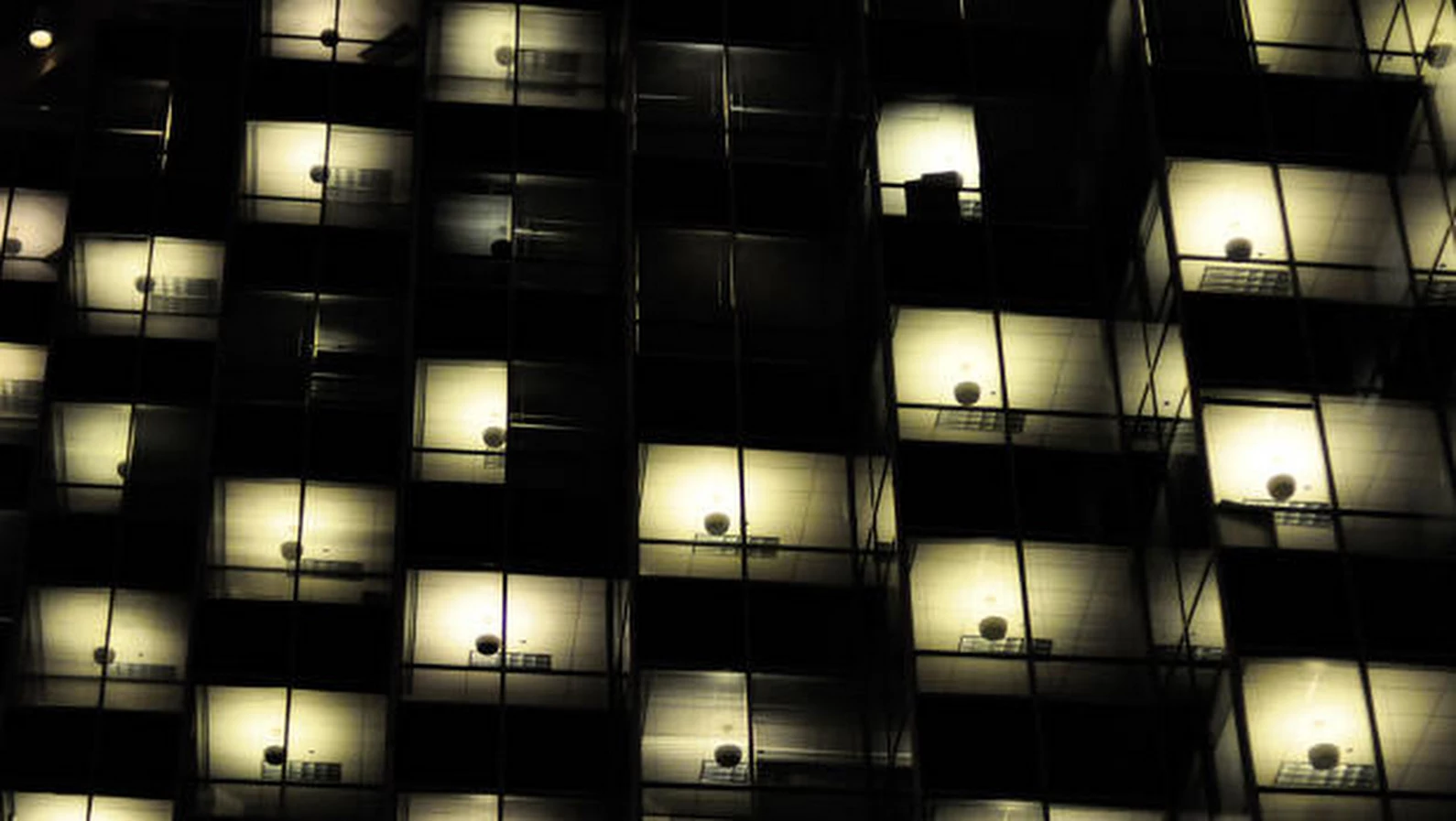 Things I learned in the startup world:

A small team can't compete with a large team in terms of raw feature list. But it almost always wins at prioritization.

Related
I simulated California housing and learned... about simulators (2018)
A little bump in the wire that makes your Internet faster (2018)
Unrelated
Conferencing in Germany (2004)

"Hoping that users “worry more” about the quality of their photos seems like the wrong attitude to have. It’s worth noting that everyone I know who’s happiest with Facebook uploads whatever they want, including ugly, low-resolution photos, garbage meme-images, random, hyper-compressed videos, and the rest of the junk that they find interesting."

This is a surprisingly on-the-ball piece about what real design is all about.  It's not just about making things look pretty.  This is also the first really clear explanation I've seen for exactly why the good part of Google+ (the part that makes people want to use it, and causes surprisingly few complaints iMHO) is auto-awesome. 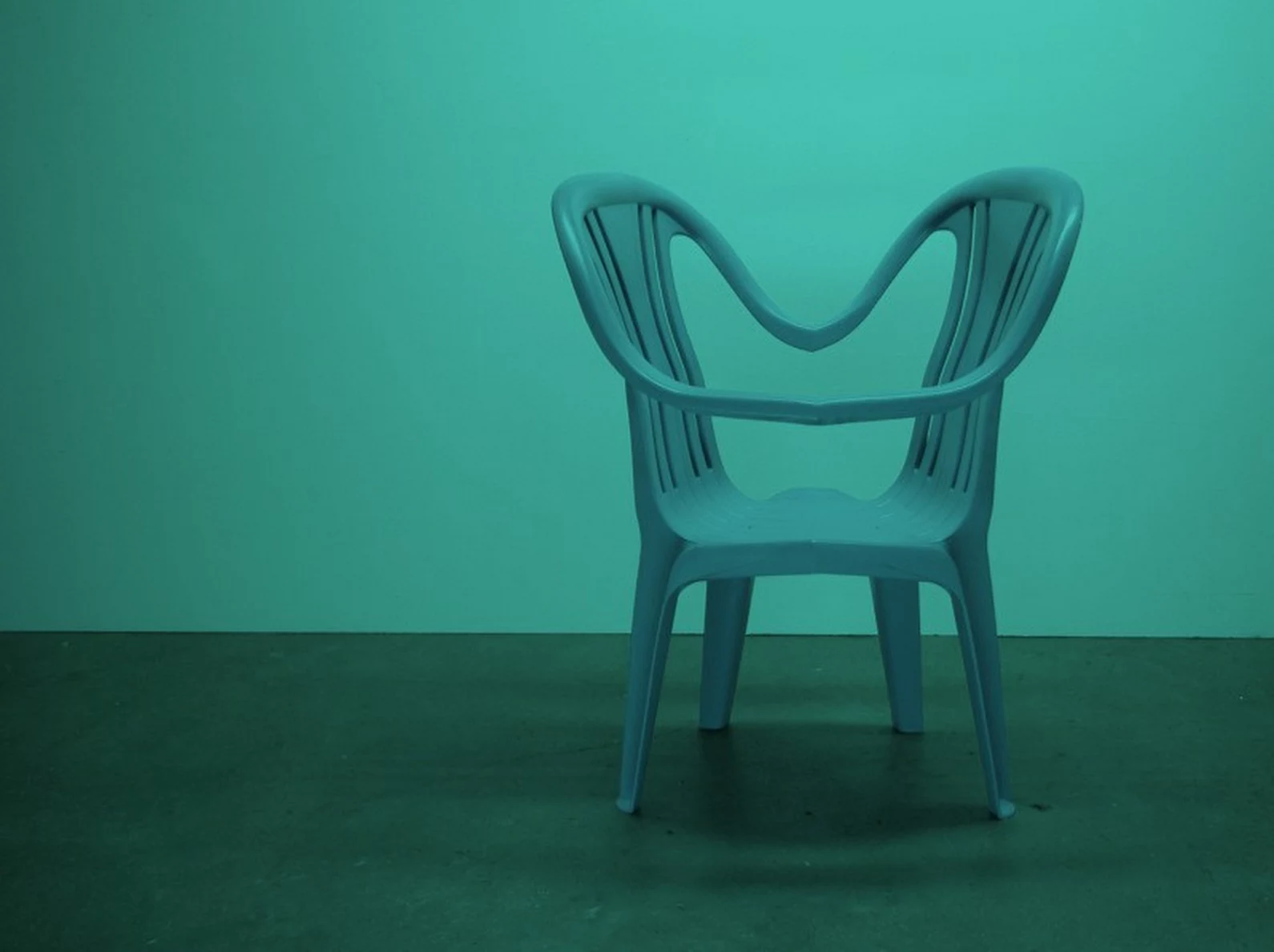