in the morning
Everything here is my opinion. I do not speak for your employer.
← August 2015
October 2015 →

Interestingly, this one claims 1 Gbps over 2.4 GHz.  How's that possible?  Is it the world's first 8x8 consumer wifi AP?

Nope.  It turns out that while I wasn't looking, 802.11ac seems to have grown two more even-more-unachievable MCS levels: 10 and 11:
https://en.wikipedia.org/wiki/IEEE_802.11ac#Theoretical 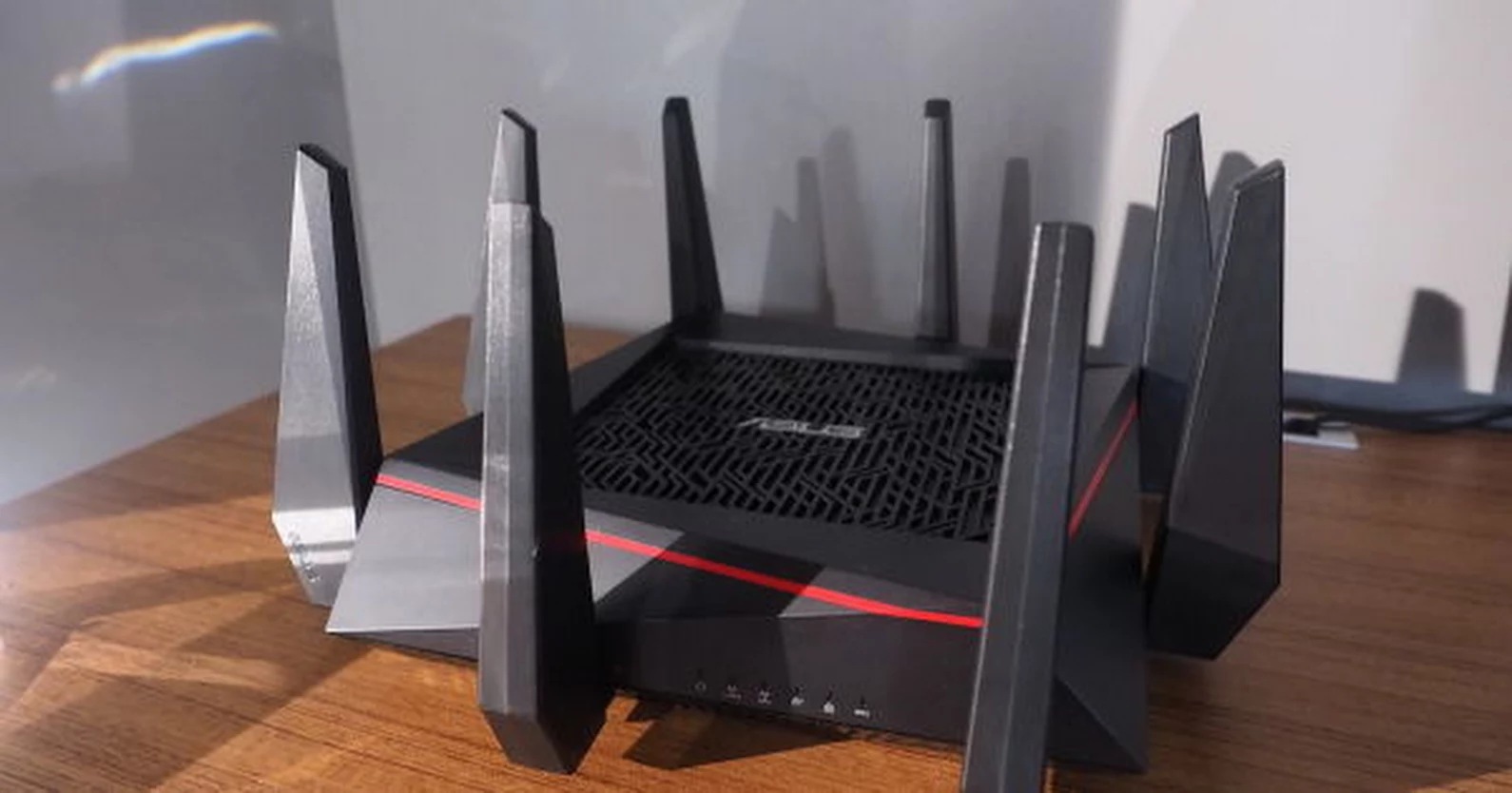 Related
Mesh power! (2015)
Having some trouble understanding how the Shannon Limit applies to (2014)
Unrelated
While at the IETF conference (2016)

It's a relatively well-known thing that wifi speeds decrease if you're too close to the access point: the "screaming in your ear" effect.  But we now have stats that demonstrate it clearly.

We talk to the chromecast on 2.4 GHz, which means we're using ath9k.  The ath9k driver currently sends all packets at maximum transmit power, even to devices right next door.  I wonder if a minstrel-like algorithm (such as minstrel-blues) which experiments with different power levels would actually fix this problem and achieve full speeds (downstream toward the chromecast anyway, albeit not back upstream) even when gratuitously close by. 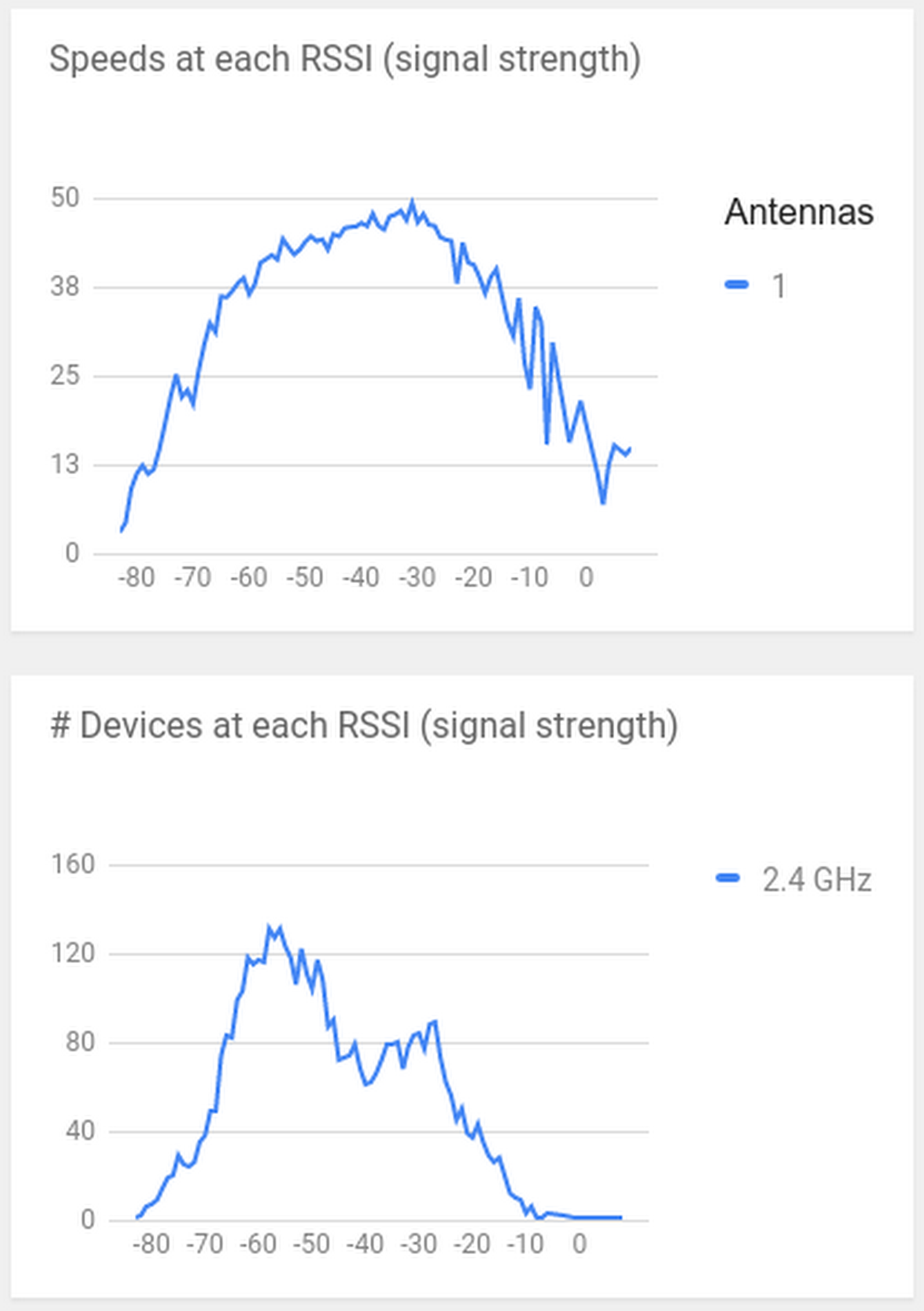 OMG creepy.  I think this is what we call "turning a negative into a positive" in marketing.  Not sure it landed right, though.

So I thought I was doing pretty well against impostor syndrome, until last week we released a wifi speed dashboard.  What I see in the dashboard is a long list of wifi performance points we still want to improve.  Everybody else seems to think this thing is the best thing ever.

Definitely the most literal feeling of "waiting for people to catch on at any moment" that I've had since I got here.

Related
An epic treatise on scheduling, bug tracking, and triage (2017)
The log/event processing pipeline you can't have (2019)
Unrelated
The history of every TCP server in Unix goes something like this (2013)

"Every day is a bad hair day; every moment is one of those awkward moments between haircuts."

Related
"Honestly I haven't seen anyone's haircuts discussed this much (2015)
Newsflash: rich people can be smart (2007)
Unrelated
On Naming Things (2005)

Related
Wifi: "beamforming" only begins to describe it (2014)
World Tour Reflections (2010)
Unrelated
A note on objectivity (2008)

Something is wrong with this picture, and I don't mean the part on the right where I clipped out "The Meatball Shop" as a match for my search for "cupcakes."

Related
All Natural MIMO (2015)
Chip-and-pin is *not* broken (2011)
Unrelated
Things that have outlived any usefulness they (might) once have had: (2015)
← August 2015
October 2015 →
Try Tailscale: mesh networking, centralized administration, WireGuard.