Je me souviens
Everything here is my opinion. I do not speak for your employer.
← August 2017
September 2017 →

I made a simulation of what happens when release goals change.

In the simulator, we have N developers working on release-critical bugs in parallel, and new bugs getting filed at a constant rate (faster than developers can possibly fix them all). There are 10 separate features, and we initially define the release milestone as the completion of 2 of those features. The number of bugs remaining until milestone is the blue line. (Perhaps unrealistically, developers in my simulation actually work on bugs targeted for the release, switching to non-release-critical bugs only when there are fewer remaining release bugs than there are developers.)

The different charts indicate the effect on the release progress when we change the milestone definition. When we redefine the milestone goals, the number of remaining bugs for the release spikes, because suddenly we need to tag a bunch of new things for the release. (We also untag some things for dropped features, but since we've been making progress on those features, there are fewer open bugs dropped than added.) Also, some bugs are part of more than one feature.

Too many projects are the fifth chart. 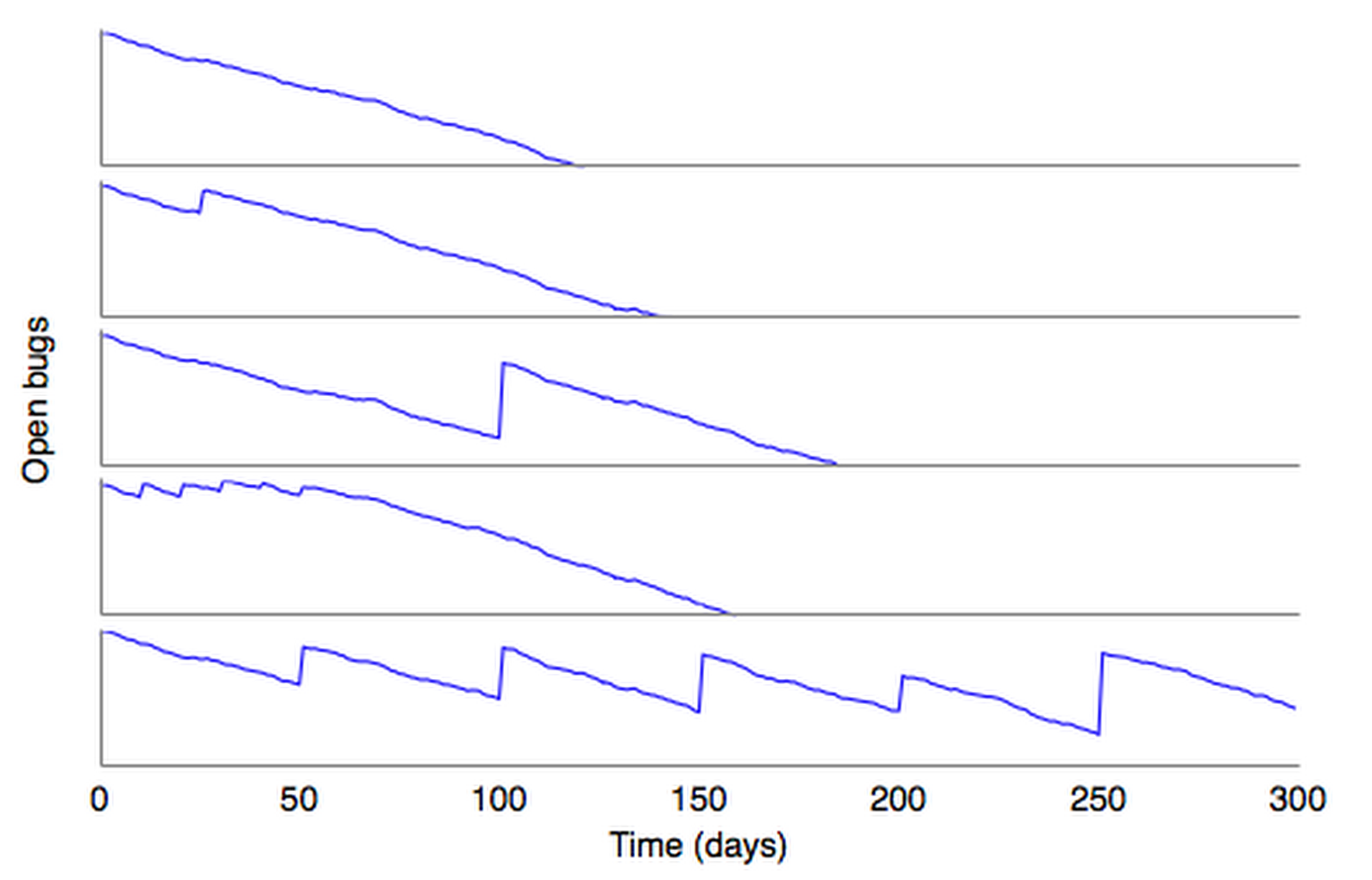