Oh well, at least it's

different
Everything here is my opinion. I do not speak for your employer.
← January 2016
February 2016 →

GFiber isn't included, probably because we're too small.  If we had been, it would be a severe outlier and probably mess up their methodology:

We really are solving problems different from the ones everyone else is solving.

Separately, one major flaw in the report: it tests speeds to the nearest m-lab server.  That tests the "last few miles" bandwidth to your home, but an increasingly essential piece is your connection to the "real Internet."  Verizon FiOS does really well in this report, but I bet it wouldn't if we could evaluate the quality of their peering connections to eg. Netflix. 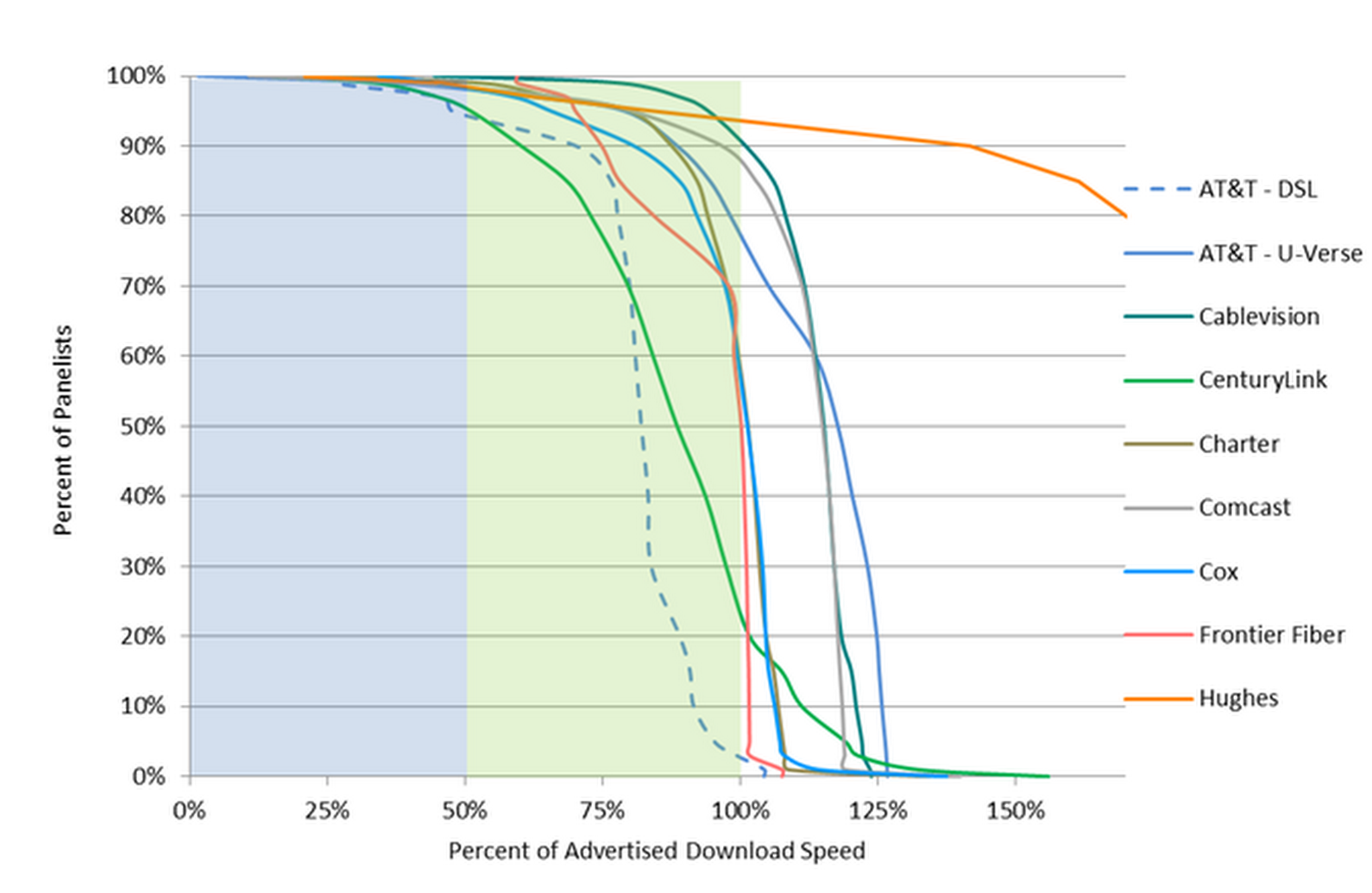 Related
A little bump in the wire that makes your Internet faster (2018)
The log/event processing pipeline you can't have (2019)
Unrelated
Engineers without Borders (2008)
Try Tailscale: mesh networking, centralized administration, WireGuard.