I love plots that say a lot.  This one says a lot.  (It's a sample of Zan's latest changes to wavedroplet, the wifi pcap analyzer.)

(The actual data set here is from a hostapd bug a few months ago where it would fail to do key exchange correctly in the presence of heavy noise.  You can see some telltale signs of PID rate control here; I think it was the mwifiex driver I was testing at the time, though everything using our hostapd was affected.) 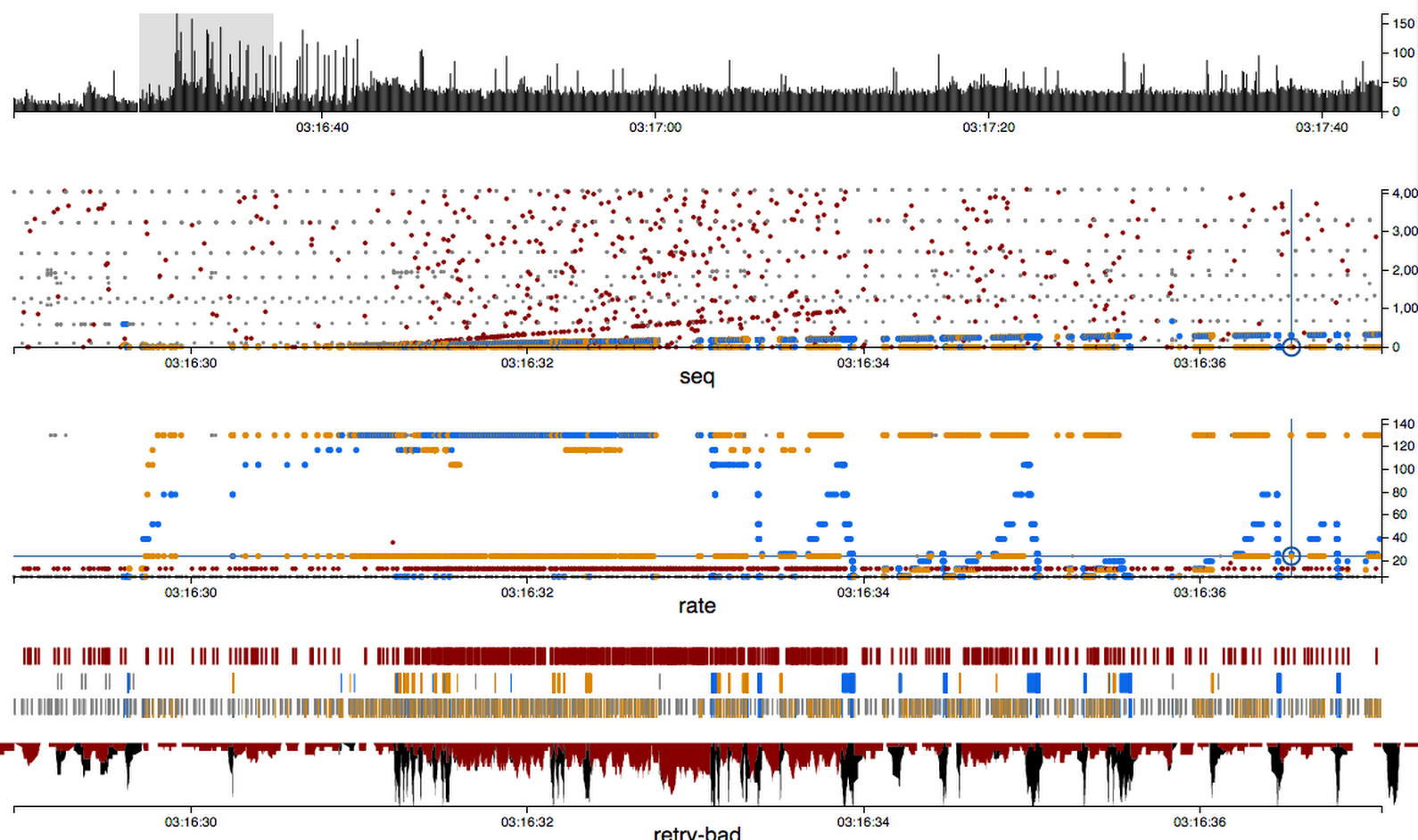 Related
It was time to learn how 802.11 authentication works (2014)
Highlights on "quality," and Deming's work as it applies to software development (2016)
Unrelated
Forget privacy: you're terrible at targeting anyway (2019)
Try Tailscale: mesh networking, centralized administration, WireGuard.